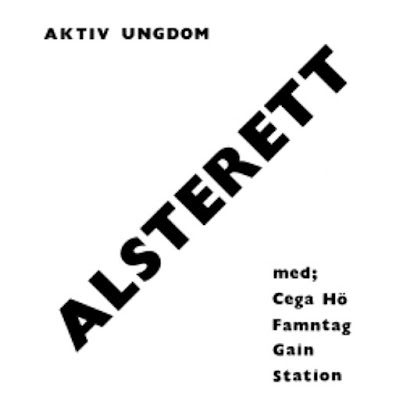 Preparations for this album began already in 1978 but it wasn't released until 1980. Privately released through the non-profit organisation Aktiv Ungdom (”Active Youth”), it was locally distributed in the Örebro area in an unknown but probably small edition. The album is mainly of interest to collectors of lesser-known hard rock collectors thanks to contributions from Gain and possibly Station, but it's the three tracks by Famntag that justifies the inclusion here.

Famntag were a five-piece lead by Björn Famne noted for the track ”Vampire” off his rare and eponymous 1975 EP on Rasp Records. While Famnes fuzz guitar has a prominent place also in Famntag but the style is vastly different to what one would expect after hearing ”Vampire”. On ”Can Fight It”, written by bassist Arne Holmberg, Famntag moves into funk rock territory with lots of that dreaded slap bass inseparately associated with the genre. Famne penned ”Open Gate” fares slightly better although it still fails to avoid the B grade funk moves entirely. Most puzzling of Famntag's three tracks is ”Det har mamma sagt”, a short assault on your ears in the shape of a punk parody.

Fleshing out the album is ten-piece recorder orchestra Cega Hö.

All in all, the progg sensibilities are too faint and far between, but measured by other standards, ”Alsterett” is still a neglectable album to anyone but serious collectors.

Posted by SwedishProggBlog at 12:50 PM