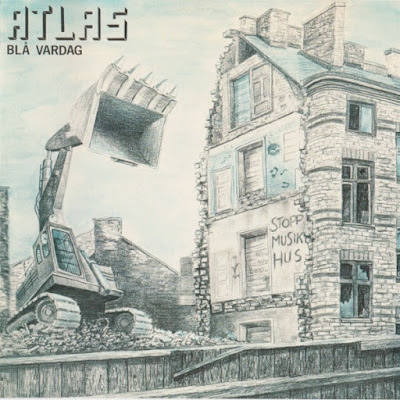 It's easy to see why Malmö band Atlas's ”Blå vardag” is popular among fans of symphonic prog. The eight tracks are crafty, joyful, dedicated and well composed. The production is well balanced, providing Erik Björn Nielsen's and Björn Ekbom's keyboards appropriate space without allowing them to violate the overall sophistication. It does have some Canterbury shadings, but overall, ”Blå vardag” is too far into Kaipa/Genesis territory for my tastes but a mandatory spin to fans of the genre. The album had an expanded CD reissue in the mid 90's. 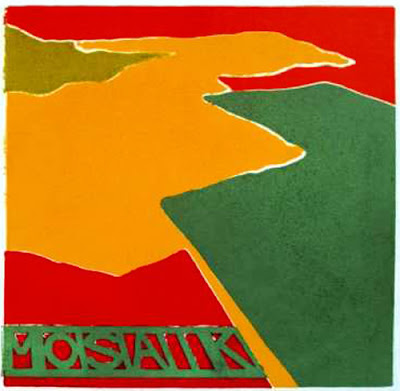 Only a few months after the release of ”Blå vardag”, Atlas guitarist and flute player Janne Persson began working on ”Mosaik”, although it wasn't released until 1982. On one hand it's a Persson solo project of sorts as he's the only one playing on all tracks, on the other hand, it's an Atlas off-shoot with Erik Björn Nielsen, bassist Ulf Hedlund, drummer Micke Pinotti all joining him where needed. It's a more understated effort than ”Blå vardag”, less symphonic with a slightly stronger art rock feel. I can even sense a bit of Ragnarök and, anachronistically, Triangulus in there. The weakest tracks are the two with vocals from Dan Bornemark (”Tiden bara går”) and Karl Witting (”Pappa har gått vilse”), but the majority of the album is instrumental. Sparser and less heavy on synthesizers and keyboards, with a greater presence of piano and guitars (electric and acoustic), I choose ”Mosaik” over ”Blå vardag”.